And for a Limited-Time, You Can Access it at
the LOWEST Price We'll Offer This Year 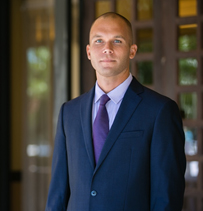 Back in January, my publisher announced that an internal audit determined my Cycle 9 Alert was our #1 performing trading research service for 2017.

Many of our services had an outstanding year, so I’m incredibly proud Cycle 9 rose to the top.

As stock markets have pushed to all-time highs, I've consistently been able to give our readers plenty of opportunities to profit from this boom...

And I fully expect this kind of success to continue throughout 2018 and beyond.

In a moment, I’ll drill down on all those numbers and show you the long string of winning trades you could have made last year…

I’ll even tell you about the three losing trades we had… after all, I’ve got nothing to hide.

And finally, I’ll show you how to take advantage of an exclusive offer to potentially make 2018 your most profitable year ever.

First things first though, let’s be honest about one thing….

2017 was a great year for investors and despite some recent market volatility, 2018 is looking like more of the same.

And the tech-heavy NASDAQ exploded for a 37% gain.

The truth is, if you’re the type of person who believes in index investing,  the signs of economic recovery and bull market rally have been great for you.

But here’s the thing…

You Could Have TRIPLED the
Return of the S&P 500 With Cycle 9 Alert!

At the end of 2016, we reopened  Cycle 9 Alert to new members and many of our readers made the decision to join.

I’m not sure whether you passed on the offer last year or if you’re only learning about Cycle 9 for the first time... but ieither way, you've missed out on one heck of a ride the past 15 months.

The good news is, you’ll have another chance to join us today…

And at the LOWEST price we'll be offering Cycle 9 Alert for in 2018!

I’ll give you all the details in just a few minutes, but first, let’s recap what you missed last year.

With 19 winning trades and just four losers, you could have booked an average profit-per-trade of  82.5% since the beginning of 2017 based on our closed, full positions.

Nearly triple the return of the Dow…

And more than DOUBLE  the return of the best performing index since January 2017, the NASDAQ.

You see, members of my Cycle 9 Alert research service have exclusive access to the buy and sell signals from the proprietary trading algorithm I spent years developing and testing.

I call it my Green Zone system because it helps me consistently delivers double- and triple-digit profit opportunities in both individual stocks and exchange traded funds (ETFs).

And when my Green Zone system sends me trade signal, it’s like a bright, green GO signal that tells me a stock is about to take off.

Let me show you what I mean…

A year ago, I opened 2017 by telling my readers I had found a way to make a “back door” play into a real estate IPO (initial public offering) with venture capital firm Blackstone Group.

My Green Zone system triggered an alert, I did research to sanity-check the system and I gave the all-clear to my readers to buy Blackstone Group on January 24.

I later recommended selling half the position for a 76% gain and the other half for a 155% gain – an average profit of 115%! 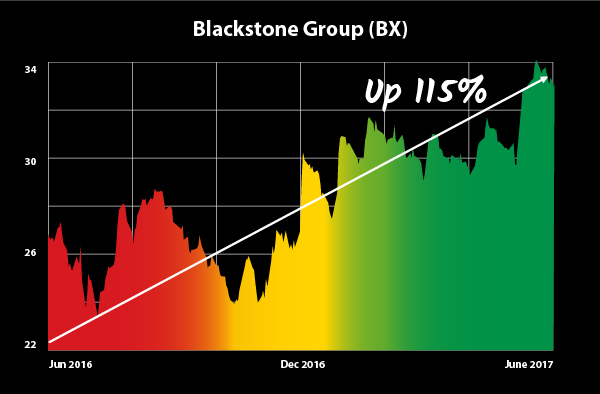 Had you started the year by putting $5,000 into this trade, you could have quickly doubled your money and walked away with $10,760, on just your FIRST Cycle 9 trade of the year.

But what happened next was nothing short of amazing…

My Green Zone system quickly followed up that loss with a string of winning recommendations that nobody in the industry could beat:

And after that long string of winners, my Green Zone system sent a GO signal on the Consumer Discretionary sector.

I told my readers to buy the sector ETF, XLY, just before Thanksgiving...

One month later, just before Christmas, I recommended selling half the position for a 136% gain...

And a month after that I told my readers to close the position, selling the second half for a massive 407% gain.

Pick whatever amount you're comfortable investing into each position and you could have multipled it 19 times since January 2017...

Remember, those potential profits already include the four losses we booked.

I’ll be frank, I don’t like losing on any trade…

But when the winners outnumber the losers by 6-to-1, it’s a lot easier to accept.

Especially when the profit from the winners more than make up for the small handful of losing trades.

Every good trader has a reliable system.

If you don’t have a system, then you’re just guessing… and that won’t work for very long.

In my case, the system I use in Cycle 9 Alert identifies stocks that have entered a small window of profit opportunity I call “The Green Zone.”

I’ve been using this same system for over six years to consistently crush the S&P 500.

The very first trade recommendation I made using this system was back in 2012 when I told readers that grocery giant Kroger had entered its Green Zone. 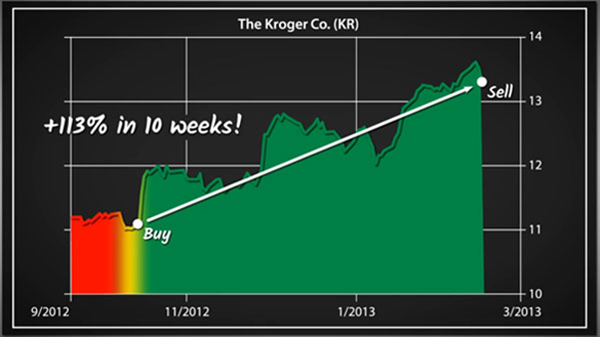 Less than 48 hours after my recommendation, my Kroger trade soared 51%... and by the time the position was fully closed, you could have pocketed a 113% gain in just 10 weeks!

It was the first of 103 winning trades I’ve delivered over the last six years, like…

That’s just a small sample of the trades my Green Zone system has delivered to my Cycle 9 readers… readers I’ve been fortunate to hear from over the years: 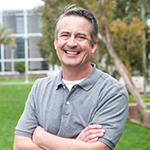 "Adam, I have always been amazed how much my future has changed since following your investment advice. Win or lose, I have seen my bottom line grow consistently over the past years." – Joe T. 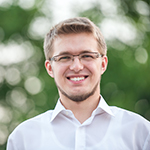 “I can’t begin to express how grateful I am for finding (your system). I put just $4k into your trade suggestion on this and already have doubled my money to $8k, not to mention I’ve made money on the other two current holdings we have. You have such an amazing system! It’s more than paid back its cost in a couple months.” – Brian W. 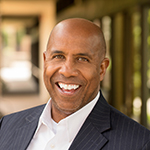 “I made 104.92% of the first half of ROK and 188% on the second half of ROK to close that one out a short time back on your recommendations! I’ve been at this since 1984 and have NEVER made these kinds of returns this quickly! Keep up the good work.” – Chip D. 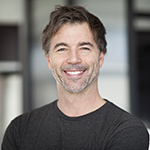 Joe, Brian, Chip and Delon are just a few of the thousands of readers who trust the research and trading signals from the Green Zone system in Cycle 9 Alert.

And while I haven’t checked in with them personally, if they followed every signal in 2017, they could have turned a $5,000 investment in each trade into $94,902 in profit.

I’m sorry you missed out on the opportunity to follow these trades last year.

The good news is you now have a chance to make 2018 one of your most profitable years ever.

And at an incredible discount on top of it!

Given the outstanding track record I’ve had in Cycle 9 Alert since 2012, it shouldn’t come as a surprise that it normally sells for $2,295 a year.

Considering you could have made more than 41 times since the start of 2017, that’s an absolute steal.

But to help as many of you as possible test-drive my research for yourself – my publisher has agreed to offer a year of Cycle 9 Alert for just $995.

That's the lowest pricve we plan to offer this year... a 57% savings off the regular rate.

When you accept a risk-free trial subscription, you’ll get all the following member benefits: 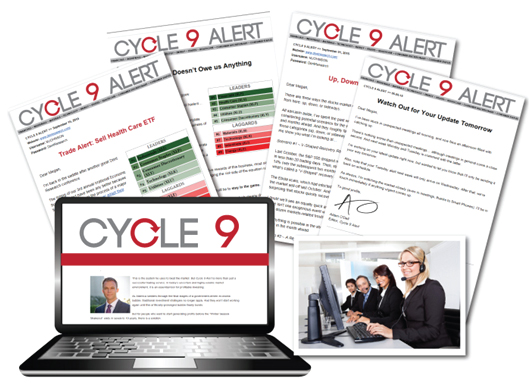 In addition, when you accept this special offer today, you’ll get FOUR free resources to help you get started: 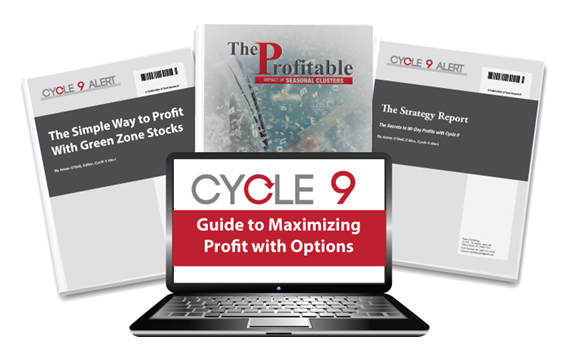 That’s four free resources you get immediate access to when you accept your no-risk trial to Cycle 9 Alert.

And as I already told you, you can join today for just $995 – an amazing 57% off the regular annual price.

That works out to only $2.73 a day for a system that has been life-changing for several of my readers, including these… 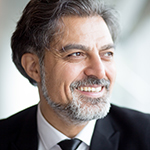 "After years of watching my retirement grow by 6% a year... I moved all my retirement to trade based on your recommendations. Just $17,000 more and I will have officially DOUBLED my retirement in a very short time. Keep up the good work." – Jim T. 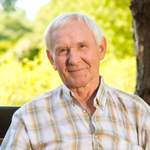 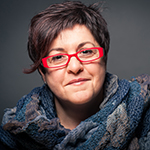 Just click the button  below and I’ll help you get signed up right away.

As soon as you do, our Concierge Team will process your order, get you access to all your free reports (and video), and tell you how to access the Cycle 9 Alert members-only website.

You’ll want to check out the member site as soon as possible – there are currently three open positions that are still rated a buy and could help you start 2018 off with a bang!

This 57% Discount is Only Open For a Few Days

But she’s only letting me keep the doors open for a limited time.

You have until Monday, April 9 at midnight Eastern time to accept this offer…

After that, if you want in, you’ll have to pay the full price of $2,295 like several of my newest members did the last few months last year.

And that’s not a surprise when you consider the track record both in 2017 and in the six years since we started Cycle 9 Alert:

There’s no question the results have been outstanding… but I must acknowledge there is risk in any investment.

That’s why I want to assure you, your subscription comes with a risk-free guarantee.

Because I think 2018 is going to be another great year. Maybe your most profitable year ever.

I look forward to working with you. And remember…

P.S.  If you’re committed to making 2018 your most profitable ever, then there will never be a better time to lock in the lowest price we will offer this year for our #1 trading researc service, Cycle 9 Alert.